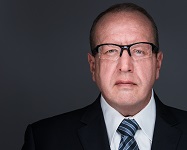 Jay has been admitted to practice law in Arizona (2012), California (2007), Nevada (2012), Oklahoma (1989), and Texas (1993), as well as the U.S. Court of Appeals for the Fifth, Ninth and Tenth Circuits, various U.S. District Courts within those Circuits, and the U.S. Supreme Court. His practice primarily includes two areas:

General business litigation, with an emphasis on creditor-debtor issues

General business planning, with an emphasis on captive insurance and asset protection planning

This includes business structuring, planning with business entities such as corporations, limited partnerships and limited liability companies, and related planning for business owners. A significant part of Jay's practice is in the area of captive insurance planning.

2021.04.26 ... The IRS Warns Again On Microcaptives And Announces A New Office Of Promoter Investigations

2021.04.17 ... America’s Homelessness Problem Is About To Get Much Worse As The Eviction Moratorium Ends

OTHER INFORMATIONAL WEBSITES BY JAY ADKISSON

Unless a dire emergency, please send me an e-mail first in lieu of calling to set up a telephone appointment for a date and time certain.

Jay is a Managing Partner of Adkisson Pitet LLP.

© 2021 Jay D. Adkisson. All rights reserved. No part of this website may be copied in whole or in any part without the express written permission of Jay D. Adkisson. Jay is not a legal specialist in any area of practice, and has not been approved as a legal specialist by any state board of legal specialization or similar body. Nothing herein is any advertisement or offer for Jay to practice in any jurisdiction where he is not is licensed to practice law. This website does not give any legal advice or opinion, and is no substitute for the advice and counsel of an attorney consulted in the relevant jurisdiction. Questions about this website should be directed to jay [at] jayad.com, by phone to 702-953-9617 or by fax to 877-698-0678. This website is https://jayadkisson.com